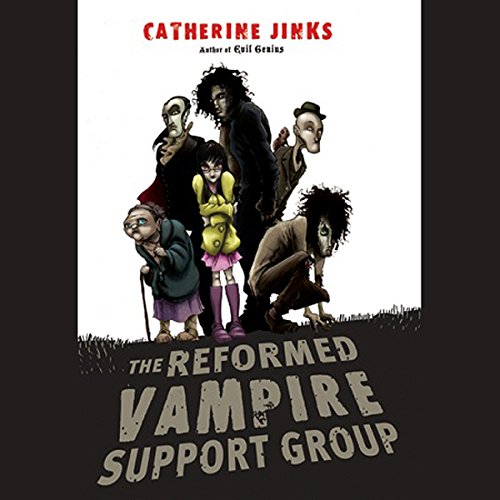 Think vampires are romantic, sexy, and powerful? Think again. Vampires are dead. And unless they want to end up staked, they have to give up fanging people, admit their addiction, join a support group, and reform themselves.

Nina Harrison, fanged at 15 and still living with her mother, hates the Reformed Vampire Support Group meetings every Tuesday night. Even if she does appreciate Dave, who was in a punk band when he was alive, nothing exciting ever happens. That is, until one of group members is mysteriously destroyed by a silver bullet.

With Nina (determined to prove that vamps aren't useless or weak) and Dave (secretly in love with Nina) at the helm, the misfit vampires soon band together to track down the hunter, save a werewolf, and keep the world safe from the likes of themselves.

A quirky and funny story. I enjoyed listening to it while doing something else, but it's not boring at all. I love Caroline Lee as speaker. I'd say it's also suitable for English learners since she has almost no accent.