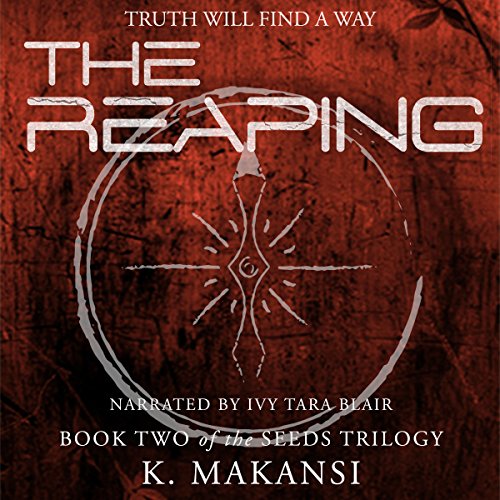 Remy Alexander wants justice. After narrowly escaping death at the hands of the Sector only to watch her world burn around her, she will defy everyone to find her revenge.

Valerian Orlean wants truth. After learning what evils the Sector is truly capable of, he must confront his past in order to create a better future.

In a world where deadly secrets lurk around every corner and the food you eat can enlighten or enslave you, Remy and Vale must walk the line between hope and hate, love and loss, violence and vengeance, in order to unite - or destroy - their world.

The Reaping, the second book in the Seeds trilogy, will thrust the Resistance into the spotlight, as the Okarian Sector publicly brands them as traitors and terrorists. As Remy struggles to find herself in a world where revenge has become her raison d'etre, and Vale tries to make sense of who he is despite his identity as an Orlean, the two are forced to fight together against enemies more deadly than they ever could have imagined. As they venture through the Wilds, onto a farm, and deep into the Sector's dangerous No-Go zones, they will find the path to truth or they will die in the attempt.

" The Reaping is one of those books you can just completely get lost in." (Jessica P. West, author of Red River Rangers)