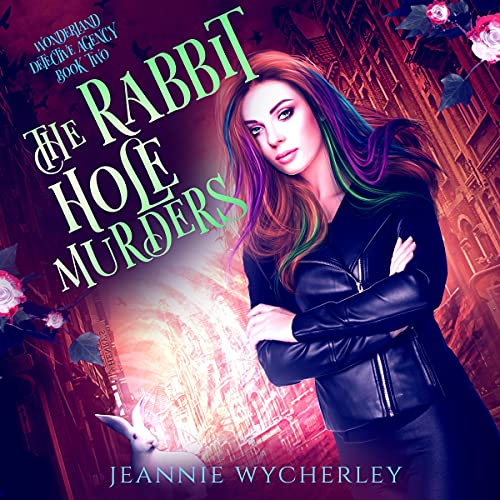 Elise Liddell is no country girl, but she’s not averse to the existence of rabbits.

Especially cute and fluffy white ones.

But there’s one on the loose in Tumble Town.

And that particular sweet bunny turns out to be a harbinger of death....

Every time Elise spots it, she soon discovers another corpse. Keen to help her ex-colleagues at the Ministry of Witches Police Department solve the murders, Elise launches her own investigation alongside the rest of her team at the Wonderland Detective Agency.

The problem is, they’re not the only ones trying to get to the bottom of the situation...and now the hunters have become the hunted.

The Wonderland Detective Agency Series is a paranormal cozy mystery series, set in the same universe that Wonky Inn audiences have already fallen in love with. While some of the characters and places will be instantly familiar, Wycherley effortlessly casts her spell so that her zany new friends quickly become ours, too.

Clean and cozy, The Rabbit Hole Murders, the second book in this wonderful new series, is chock-full of witches, wizards, warlocks, ghosts, shadow people, rabbits, and more. You’ll love this glimpse into the darker side of the Wonkyverse.