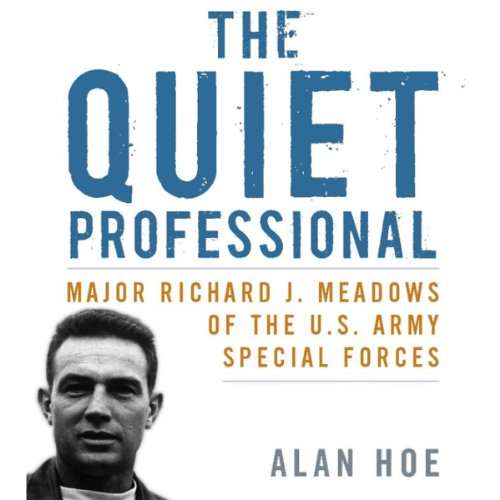 Major Richard J. "Dick" Meadows is renowned in military circles as a key figure in the development of the U.S. Army Special Operations. A highly decorated war veteran of the engagements in Korea and Vietnam, Meadows was instrumental in the founding of the U.S. Delta Force and hostage rescue force. Although he officially retired in 1977, Meadows could never leave the army behind, and he went undercover in the clandestine operations to free American hostages from Iran in 1980.

The Quiet Professional: Major Richard J. Meadows of the U.S. Army Special Forces is the only biography of this exemplary soldier's life. Military historian Alan Hoe offers unique insight into Meadows, having served alongside him in 1960. The Quiet Professional is an insider's account that gives a human face to U.S. military strategy during the cold war.

Major Meadows often claimed that he never achieved anything significant; The Quiet Professional proves otherwise, showcasing one of the great military minds of 20th-century America.

"An important story, and few men loom as large... as Maj. Richard J. Meadows." ( Wall Street Journal)
"This is a well written biography of the extraordinary life of a complex man. It should be on the suggested reading list of the Chief of Staff of the Army for Army leaders at every level and should be found in every soldier's professional library." ( Army)
"A book about one of the greatest legends in the world of U.S. Army special forces, Major Richard Meadows" ( Military Heritage)