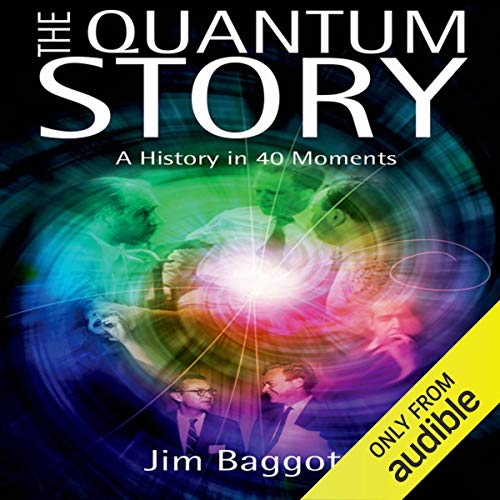 Utterly beautiful. Profoundly disconcerting. Quantum theory is quite simply the most successful account of the physical universe ever devised. Its concepts underpin much of the 21st-century technology that we now take for granted. But at the same time it has completely undermined our ability to make sense of the world at its most fundamental level. Niels Bohr claimed that anybody who is not shocked by the theory has not understood it. The American physicist Richard Feynman went further: he claimed that nobody understands it.

The Quantum Story begins in 1900, tracing a century of game-changing science. Popular science writer Jim Baggott first shows how, over the space of three decades, Einstein, Bohr, Heisenberg, and others formulated and refined the theory--and opened the floodgates. Indeed, since then, a torrent of ideas has flowed from the world's leading physicists, as they explore and apply the theory's bizarre implications. To take us from the story's beginning to the present day, Baggott organizes his narrative around 40 turning-point moments of discovery. Many of these are inextricably bound up with the characters involved--their rivalries and their collaborations, their arguments and, not least, their excitement as they sense that they are redefining what reality means. Through the mix of story and science, we experience their breathtaking leaps of theory and experiment, as they uncover such undreamed of and mind-boggling phenomenon as black holes, multiple universes, quantum entanglement, the Higgs boson, and much more.

Brisk, clear, and compelling, The Quantum Story is science writing at its best. A compelling look at the 100-year history of quantum theory, it illuminates the idea as it reveals how generations of physicists have grappled with this monster ever since.