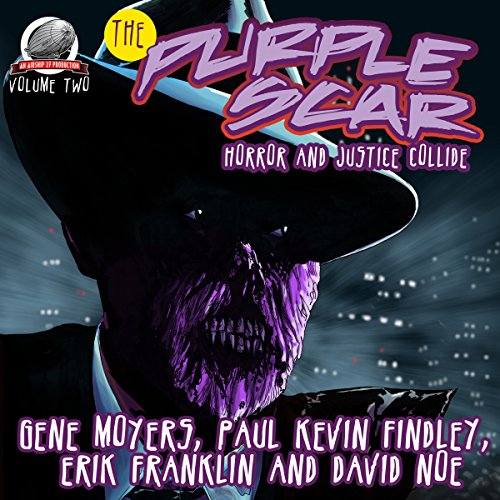 When Dr. Miles Murdoch's brother was murdered by the mobs, he vowed vengeance. In the following weeks, wearing a horrifying death mask, a new avenger appeared on the streets of Akelton, bringing with him righteous retribution. The city now finds itself under the protection of a haunted hero, a mysterious angel of doom who metes out his own brand of permanent justice. In this second volume featuring this little known classic pulp figure, writers Gene Moyers, Paul Kevin Findley, Erik Franklin, and David Noe pit the purple-hued Master of Fright against a quartet of villainous opponents: from a gang of deadly jewel thieves to a merciless arsonist bent on burning down the entire city. In these new tales of the Purple Scar, justice and horror are on a collision course you don't want to miss.