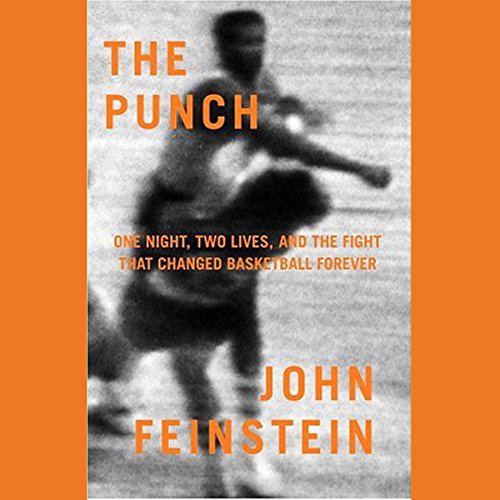 Tearing open the deepest wound in professional sports, Feinstein uncovers the secrets of the NBA before and after that fateful moment in December of 1977 when the face of professional hoops was changed forever.

It was a chilly December evening and the Los Angeles Coliseum was buzzing as the Lakers hosted the Houston Rockets. As two players, Houston's Rudy Tomjanovich and LA's Kermit Washington were warming up, they were unaware their lives were about to be destroyed. The game began and as Tomjanovich trailed a play up the court, a small skirmish broke out between Washington and another Rocket player. Dropping the ball, Tomjanovich approached the tussling men hoping to break up the fight and resume the game. But instead, his face met the powerful fist of Kermit Washington. The punch, so brutal on impact, left most of the bones in Tomjanovich's face broken and spinal fluid leaking from cracked vertebrae. Although he nearly died, Tomjanovich recovered from his injuries. But his game was never the same. After a two month suspension, Washington retook the court but had lost his touch. His snap reaction had irrevocably killed two careers, and the way the NBA played basketball forever.

"Feinstein tells a moving story of two men branded by a moment frozen in time, and how the incident changed the game it could well have destroyed. The narrative never gets mired in the fawning sycophantism of many sports books or the moral proselytizing of many others. Feinstein's research is sharp, and his time line jumps around effortlessly, like a good Quentin Tarantino film. Most importantly, the author sustains the balance between Washington's burden of guilt and the genuine misfortune that has followed him since....Feinstein's portrait of each man is compelling; neither is lionized or demonized. Rather, the complexity of the incident and the depth of the personal trauma for both Tomjanovich and Washington fester under the author's microscope in this excellent and engaging book." ( Publishers Weekly)