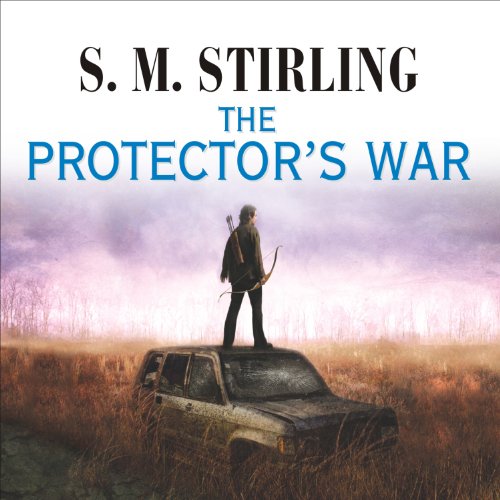 Rising from the ashes of the computer and industrial ages is a brave new world. Survivors have banded together in tribal communities, committed to rebuilding society.

But not every leader has altruistic aspirations. Norman Arminger, medieval scholar, rules the Protectorate. He has enslaved civilians, built an army, and spread his forces from Portland through most of western Washington State. Now he wants the Willamette Valley farmland, and he's willing to wage war to conquer it.

Unknown to both factions, however, is the imminent arrival of a ship from Tasmania bearing British soldiers.

"Stirling's blending of fiction and history produces a strange, hybrid civilization, in which the confrontation between warlord and mystic is viscerally satisfying." ( Booklist)
"Readers who relish a battle between the forces of light and darkness...are in for a rousing good time." ( Science Fiction Weekly)