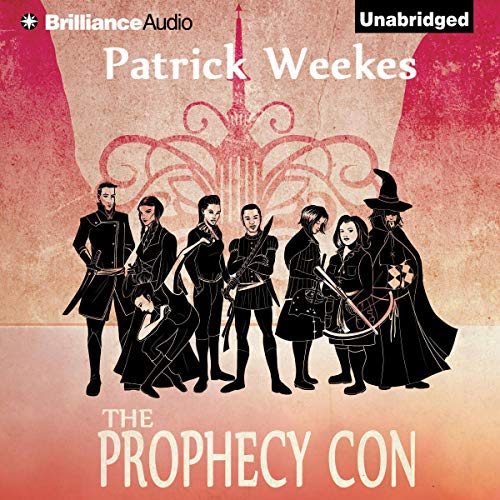 Book Two in the Rogues of the Republic series.

Who would have thought a book of naughty poems by elves could mean the difference between war and peace? But if stealing the precious volume will keep the Republic and the Empire from tearing out each other's throats, rogue soldier Isafesira de Lochenville - "Loch" to friends and foes alike - is willing to do the dishonest honors. With her motley crew of magic-makers, law-breakers, and a talking warhammer, she'll match wits and weapons with dutiful dwarves, mercenary knights, golems, daemons, an arrogant elf, and a sorcerous princess.

But getting their hands on the prize - while keeping their heads attached to their necks - means Loch and company must battle their way from a booby-trapped museum to a monster-infested library, and from a temple full of furious monks to a speeding train besieged by assassins. And for what? Are a few pages of bawdy verse worth waging war over? Or does something far more sinister lurk between the lines?

From Patrick Weekes, one of the minds behind the critically acclaimed Mass Effect video game series, The Prophecy Con continues the action-packed fantasy adventure that kicked off in The Palace Job.