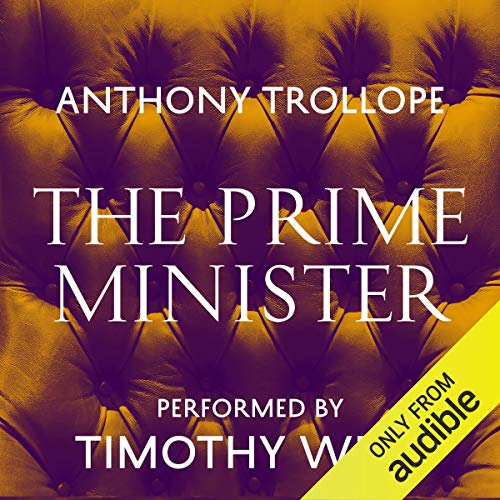 Plantaganet Palliser, Prime Minister of England - a man of power and prestige, with all the breeding and inherited wealth that goes with it - is appalled at the inexorable rise of Ferdinand Lopez. An exotic impostor, seemingly from nowhere, Lopez has society at his feet, while well-connected ladies vie with each other to exert influence on his behalf - even Palliser's own wife, Lady Glencora. But when the interloper makes a socially advantageous marriage, Palliser must decide whether to stand by his wife's support for Lopez in a by-election or leave him to face exposure as a fortune-hunting adventurer.

The fifth audiobook in Trollope's six-volume Palliser series, it is a story of social, sexual and domestic politics. The Prime Minister raises one of the most enduring questions in government - whether a morally scrupulous gentleman can make an effective leader.

With beautifully developed characters, Trollope intertwines the political and domestic stories, analysing the politics behind both government and marriage.

The author of 47 novels and many short stories he was one of the most prolific and successful novelists of the Victorian era with his work remaining popular and well-loved throughout the ages.

Timothy West is prolific in film, television, theatre, and audiobooks. He has narrated a number of Anthony Trollope's classic audiobooks, including the six Chronicles of Barsetshire and the Palliser series. He has also narrated volumes of Simon Schama's A History of Britain and John Mortimer's Rumpole on Trial.

West's theatre roles include King Lear, The Vote, Uncle Vanya, A Number, Quarter, and Coriolanus and his films include Ever After, Joan Of Arc, Endgame, Iris and The Day of the Jackal. On television, Timothy has held the regular role of Stan Carter on EastEnders (BBC), as well as appearing in Broken Biscuits (BBC), three series of Great Canal Journeys, Last Tango in Halifax; Bleak House, Bedtime and Brass.