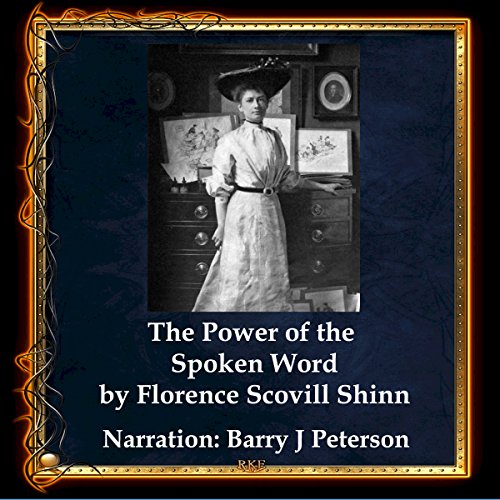 The Power of the Spoken Word

Florence Scovel Shinn taught metaphysics in New York for many years. Her meetings were well-attended and in that way she was the means of bringing the message to a considerable number of people. Her books had a wide circulation not only in America but abroad. They seem to have a knack of finding their way to remote and unexpected places in Europe and other parts of the world. Now and again we meet someone who came into Truth through finding a Florence Shinn book in the most improbable location.

One secret of her success was that she was always herself...colloquial, informal, friendly, and humorous. She never sought to be literary, conventional, or impressive. For this reason she appealed to thousands who would not have taken the spiritual message through the more conservative and dignified forms, or have been willing to read...at least in the beginning...the standard metaphysical books.

She herself was very spiritual, although this was usually hidden behind a matter of fact and carefree treatment of her subject. The technical or academic approach was not for her. She taught by familiar, practical, and everyday examples.

She had been by profession an artist and book illustrator before becoming a Truth teacher, and belonged to an old Philadelphia family.

She left a collection of notes and memoranda which have been made into the present book. May it have a wide circulation. (Emmet Fox)