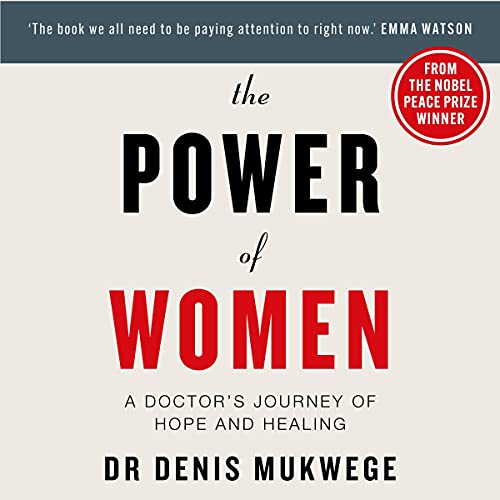 The Power of Women

'These women are each a light and an inspiration, demonstrating how the best instincts of humanity - to love, to share, to protect others - can triumph in the worst possible circumstances.'

Nobel laureate, world-renowned doctor and human rights activist Dr Mukwege has dedicated his life to caring for victims of sexual violence. Over the past two decades living and working in the Democratic Republic of the Congo, he has stood up to soldiers and warlords, survived massacres and multiple assassination attempts, never swaying from his mission.

In this book, Dr Mukwege interweaves his own dramatic story with the experiences of a range of extraordinary characters: the women he has treated - many of whom, after suffering unspeakable brutality, have had the strength to heal and rebuild their lives - as well as the people he has worked with, and survivors of sexual violence whom he has met during his years of advocating for women's rights around the world.

Early on in his career, Dr Mukwege realised what he was dealing with in the DRC was merely the extreme end of a global scourge. Sexual violence is the most common, under-reported and least prosecuted crime in the world. It does not occur in a vacuum. We are all implicated - whether the violence occurs in war-torn countries, or on college campuses in the West.

The Power of Women is a rallying cry to rid our societies of violence against women, and to better learn from their resilience, strength and power. It challenges us to think about our own experiences and how all of us have a part to play in bringing about change.

For Dr Mukwege, 'emotion without action' is meaningless. Listen this book and say 'no' to indifference.