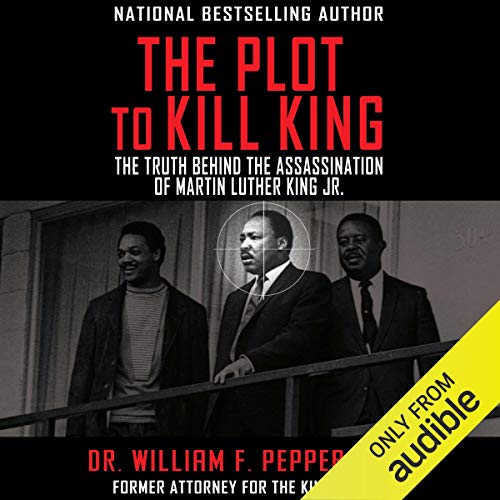 The Plot to Kill King

The Plot to Kill King

William Pepper was James Earl Ray's lawyer in the trial for the murder of Martin Luther King, Jr., and even after Ray's conviction and death, Pepper continues to adamantly argue Ray's innocence. This myth-shattering expose is a revised, updated, and heavily expanded volume of Pepper's original best-selling and critically-acclaimed book of the same name, with 26 years of additional research included. The result reveals dramatic new details of the night of the murder, the trial, and why Ray was chosen to take the fall for an evil conspiracy - a government-sanctioned assassination of our nation's greatest leader.

The Plot to Kill King will release in sync with a feature film adaptation of it that will be directed by Lee Daniels, have Hugh Jackman star as the author, and be produced by Millennium Films. The film will portray Pepper in trial and his proof of an assassination plot masterminded by J. Edgar Hoover and the FBI, the CIA, army intelligence, the mafia, and Memphis police. The plan, according to Pepper, was for a team of United States Army Special Forces snipers to kill King, but just as they were taking aim, a back-up civilian assassin pulled the trigger.

In The Plot to Kill King, Pepper shares the evidence and testimonies that prove that Ray was a fall-guy chosen by those who viewed King as a dangerous revolutionary. His findings make the book one of the most important ones of our time - the uncensored story of the murder of an American hero and disturbing revelations about secret under-workings of the government and how it continues, even today, to obscure and obfuscate the truth.

Skyhorse Publishing, as well as our Arcade imprint, are proud to publish a broad range of books for those interested in history - books about World War II, the Third Reich, Hitler and his henchmen, the JFK assassination, conspiracies, the American Civil War, the American Revolution, gladiators, Vikings, ancient Rome, medieval times, the old West, and much more. While not every title we publish becomes a New York Times best seller or a national best seller, we are committed to books on subjects that are sometimes overlooked and to authors whose work might not otherwise find a home.