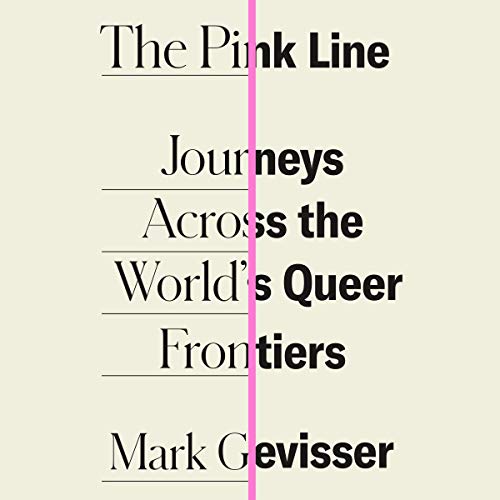 This program includes a foreword and epilogue read by the author.

More than five years in the making, Mark Gevisser’s The Pink Line: Journeys Across the World’s Queer Frontiers is a globetrotting exploration of how the human rights frontier around sexual orientation and gender identity has come to divide - and describe - the world in an entirely new way over the first two decades of the 21st century. No social movement has brought change so quickly and with such dramatically mixed results. While same-sex marriage and gender transition is celebrated in some parts of the world, laws are being strengthened to criminalize homosexuality and gender nonconformity in others. A new Pink Line, Gevisser argues, has been drawn across the world, and he takes listeners to its frontiers.

In between sharp analytical chapters about culture wars, folklore, gender ideology, and geopolitics, Gevisser provides sensitive and sometimes startling profiles of the queer folk he’s encountered on the Pink Line’s frontiers across nine countries. They include a trans Malawian refugee granted asylum in South Africa and a gay Ugandan refugee stuck in Nairobi; a lesbian couple who started a gay café in Cairo after the Arab Spring, a trans woman fighting for custody of her child in Moscow, and a community of kothis - "women’s hearts in men’s bodies" who run a temple in an Indian fishing village.

Eye-opening, moving, and crafted with expert research, compelling narrative, and unprecedented scope, The Pink Line is a monumental - and vital - journey through the border posts of the world’s new LGBTQ+ frontiers.

"Narrator Vikas Adam's assured tone focuses listeners on the people who share their lived experiences in Malawi, Palestine, Mexico, Uganda, the United States, and elsewhere.... Essential explorations of past and present events involving gender identity and sexuality illuminate their struggles for equality and acceptance amid legal and social persecution." (AudioFile magazine)