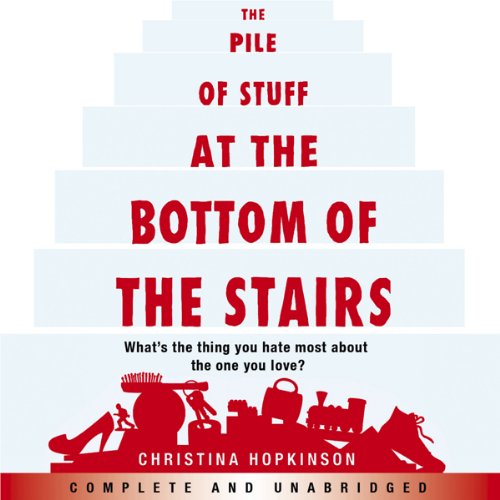 The Pile of Stuff at the Bottom of the Stairs

Mary Gilmour feels as though her life is going down a plug hole clogged with cornflakes and Play-Doh. Her job is part time, but housework is full time, and she has no time at all for her two young sons. Mary is convinced that there is only one thing standing between her and organised contentment: his name is Joel, and she's married to him.

Since star charts have worked on improving the behaviour of their children, she designs an equivalent for her husband: a spread sheet detailing every balled-up tissue, every sock on the floor, every wet towel on the bed.

Although he has no idea of it, Joel has six months to prove that his credits outweigh his debits. Or else….