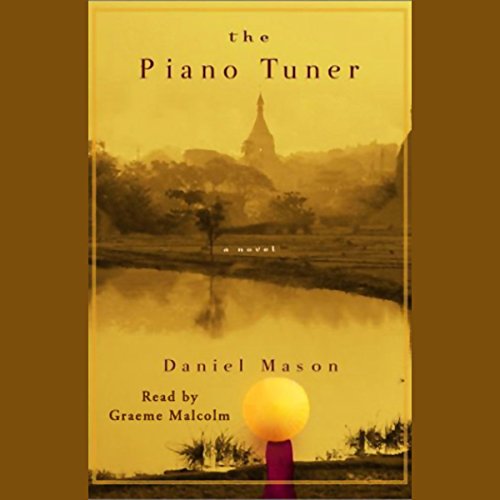 An extraordinary first novel that tells the story of a British piano tuner sent deep into Burma in the 19th century.

In October 1886, Edgar Drake receives a strange request from the British War Office: he must leave his wife and his quiet life in London to travel to the jungles of Burma, where a rare Erard grand piano is in need of repair. The piano belongs to an army surgeon-major whose unorthodox peacemaking methods - poetry, medicine, and now music - have brought a tentative quiet to the southern Shan States but have elicited questions from his superiors.

On his journey through Europe, the Red Sea, India, and into Burma, Edgar meets soldiers, mystics, bandits, and tale-spinners, as well as an enchanting woman as elusive as the surgeon-major. And at the doctor's fort on a remote Burmese river, Edgar encounters a world more mysterious and dangerous than he ever could have imagined.

Sensuous, lyrical, rich with passion and adventure, this is a hypnotic tale of myth, romance, and self-discovery: an unforgettable novel.

"A seductive and lyrical novel that probes the brutalities and compromises of colonization, even as it celebrates the elusive powers of music and the imagination." (The New York Times)
"A profound adventure story with an unexpected climax." (The New Yorker)