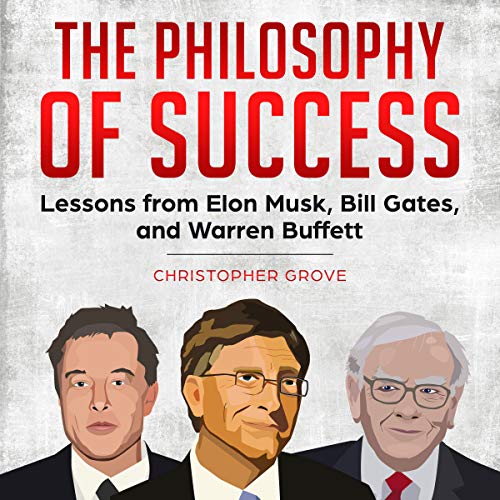 The Philosophy of Success: Lessons from Elon Musk, Bill Gates, and Warren Buffett

Elon Musk, Bill Gates, and Warren Buffett - the names speak for themselves. Though these three men have found immense success at different times and in different fields, their stories share much in common. It all starts with the prodigious child - the young boy with uncanny abilities.

For Musk, it was it his deep focus and his obsession with books. For Gates, it was his teenage enterprising and his early mastery of computing. For Buffett, it was his natural business sense and his affinity for numbers and unconventional methods of calculation.

These men didn’t choose their abilities. By all accounts, they were born gifted, privileged even, being born into upper-middle class homes and relatively constructive and loving families. But make no mistake: They earned everything they made. Their success lay in their ability to use current trends to their advantage, to tailor their passions into highly lucrative careers, and to seek out mentors and friendships that could boost them into even higher tiers of society.

They created their own empires despite starting with very little, and now that they’ve grown older, Gates and Buffett especially, Musk only partially, they’ve had time to reflect on what made them different. Why were they the ones who made it? Was it skill, luck, or a little bit of both? They all have a different stance on it but overlap in many foundational and important ways.

In this audiobook, we’ll be taking a closer look at each of these men to see what they believe led to their success. Much of it will be derived from their own words, if not directly quoted. After all, there’s no better authority on success than these men, three of the most successful people in the world.

We’ll start with the youngest of the bunch: Elon Musk, paying as much attention to his origin story as to his philosophy of success. We’ll use a similar format for Gates and Buffett. Their backstories are indispensable to their principles and advice.