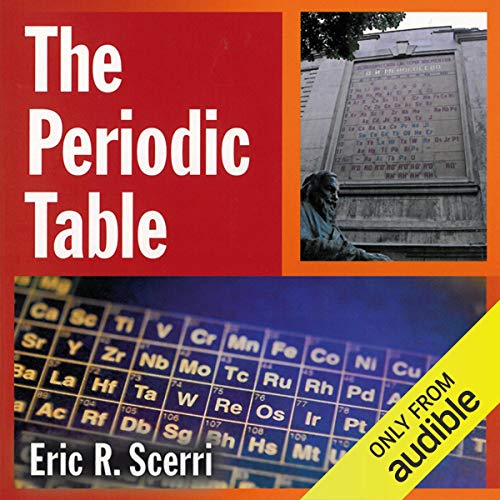 The periodic table is one of the most potent icons in science. It lies at the core of chemistry and embodies the most fundamental principles of the field. The one definitive text on the development of the periodic table by van Spronsen (1969), has been out of print for a considerable time. The present book provides a successor to van Spronsen, but goes further in giving an evaluation of the extent to which modern physics has, or has not, explained the periodic system.

The Periodic Table is written in a lively style to appeal to experts and interested lay-persons alike. It begins with an overview of the importance of the periodic table and of the elements and it examines the manner in which the term "element" has been interpreted by chemists and philosophers. The book then turns to a systematic account of the early developments that led to the classification of the elements, including the work of Lavoisier, Boyle, and Dalton and Cannizzaro. The precursors to the periodic system, like Dobereiner and Gmelin, are discussed. In chapter 3 the discovery of the periodic system by six independent scientists is examined in detail.

Two chapters are devoted to the discoveries of Mendeleev, the leading discoverer, including his predictions of new elements and his accommodation of already existing elements. Chapters 6 and 7 consider the impact of physics, including the discoveries of radioactivity and isotopy and successive theories of the electron, including Bohr's quantum theoretical approach. Chapter 8 discusses the response to the new physical theories by chemists, such as Lewis and Bury, who were able to draw on detailed chemical knowledge to correct some of the early electronic configurations published by Bohr and others. Chapter 9 provides a critical analysis of the extent to which modern quantum mechanics is, or is not, able to explain the periodic system from first principles.

Finally, chapter 10 considers the way that the elements evolved following the Big Bang and in the interior of stars. The book closes with an examination of further chemical aspects, including lesser known trends within the periodic system, such as the knight's move relationship and secondary periodicity, as well at attempts to explain such trends.

"This book is a fine addition to the history and philosophy of chemistry, fields that Scerri himself has played an important role in developing." ( American Scientist)
"Eric Scerri is something of a rara avis. Scerri's philosophical orientation enriches the text by raising a number of thought-provoking issues...The book under review here is clearly and engagingly written and meticulously researched." ( Journal of Chemical Education)
"Eric Scerri's first book is timely, fluently written, and full of interesting ideas." ( Metascience)