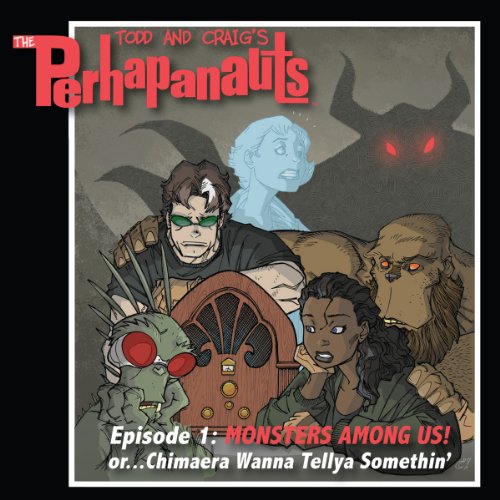 With equal parts X-Files and classic Saturday morning cartoon, The Perhapanauts are the agents of BEDLAM, charged with fighting the forces of supernatural and sending them back to whence they came. The twist: the Perhapanauts are themselves supernatural beings, including the Sasquatch, a Chupacabra, the Mothman, and a ghost! In the ‘Nauts audio debut, the tale is told to a skeptical new recruit about the team’s recent battle with the shape-shifting Chimaera! Yes, it's Todd and Craig's The Perhapanauts!