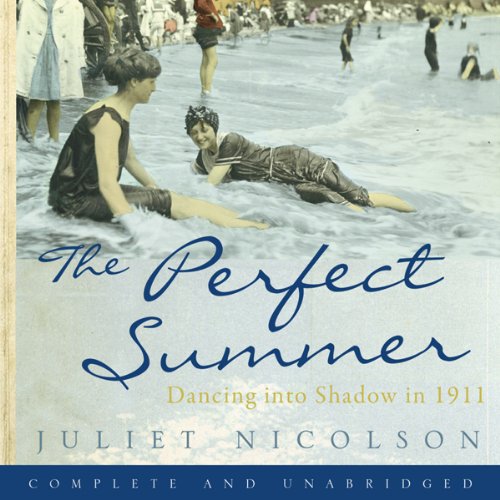 One summer of nearly a hundred years ago saw one of the high sunlit meadows of English history. A new king was crowned; audiences swarmed to Covent Garden to see the Ballet Russes and Nijinskys gravity-defying leaps. The aristocracy was at play, bounding from house party to the next; the socialite Lady Michelham travelled with her nineteen yards of pearls. Rupert Brooke (a 23-year-old poet in love with love, Keats, marrons glaces and truth) swam in the river at Grantchester. But perfection was over-reaching itself. The rumble of thunder from the summer's storms presaged not only the bloody war years ahead: the country was brought to near standstill by industrial strikes, and unrest exposed the chasm between privileged and poor; as if the heat was torturing those imprisoned in society's straitjacket and stifled by the city smog.

Children, seeking relief from the scorching sun, drowned in village ponds. What the protagonists could not have known is that they were playing out the backdrop to WWI; in a few years time the world, let alone England, would never be the same again. Through the eyes of a series of exceptional individuals; a debutante, a suffragette, a politician, a trade unionist, a butler and the Queen; Juliet Nicolson illuminates a turning point in history. With the gifts of a great storyteller she rekindles a vision of a time when the sun shone but its shadows fell on all.