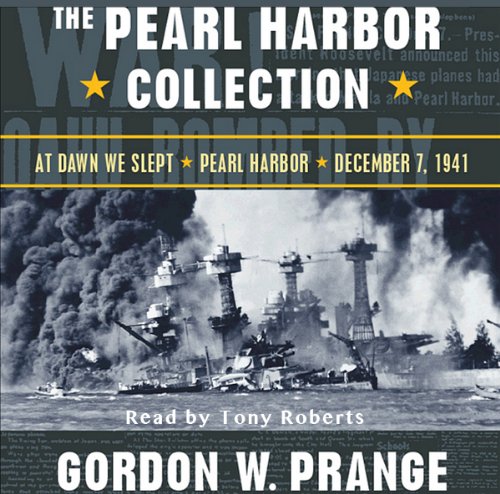 On December 7, 1941, America was thrust violently into World War II when Japan launched a devastating surprise attack on the U.S. naval installation at Hawaii's Pearl Harbor. This absorbing, enlightening, powerfully dramatic collection is the ultimate chronicle of what President Franklin Delano Roosevelt called "a date that will live in infamy."

At Dawn We Slept: The Untold Story of Pearl Harbor, 37 years in the making, tells the story of Pearl Harbor from both the American and Japanese perspectives. Pearl Harbor: The Verdict of History places the attack in a larger context via a fascinating look at its precursors and consequences. And December 7, 1941 is a riveting, moment-by-moment account that captures the diplomatic intrigue, the brutal combat, and the human beings whose lives were irrevocably altered on that fateful morning.

"Mr. Prange has been called 'the dean of Pearl Harbor historians.' The accolade... is deserved." ( The Wall Street Journal)