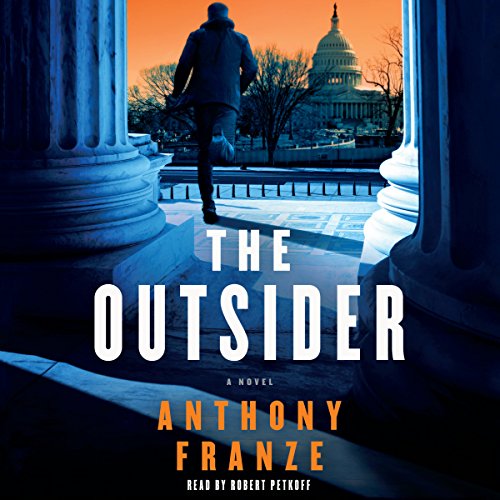 A young Supreme Court law clerk finds himself caught in the crosshairs of a serial killer in The Outsider, a breathtaking thriller #1 New York Times bestseller James Patterson called "as authentic and suspenseful as any John Grisham novel."

Things aren't going well for Grayson Hernandez. He just graduated from a fourth-tier law school, he's drowning in student debt, and the only job he can find is as a messenger. The position stings the most because it's at the Supreme Court, where Gray is forced to watch the best and the brightest—the elite group of lawyers who serve as the justices' law clerks—from the outside.

When Gray intervenes in a violent mugging, he lands in the good graces of the victim: the Chief Justice of the United States. Gray soon finds himself the newest—and unlikeliest—law clerk at the Supreme Court. It's another world: highbrow debates over justice and the law in the inner sanctum of the nation's highest court; upscale dinners with his new friends; attention from Lauren Hart, the brilliant and beautiful co-clerk he can't stop thinking about.

But just as Gray begins to adapt to his new life, the FBI approaches him with unsettling news. The Feds think there's a killer connected to the Supreme Court. And they want Gray to be their eyes and ears inside One First Street. Little does Gray know that the FBI will soon set its sights on him.

Racing against the clock in a world cloaked in secrecy, Gray must uncover the truth before the murderer strikes again in this thrilling high-stakes story of power and revenge by Washington, D.C. lawyer-turned-author Anthony Franze.

"It's like a mix of John Grisham and Scott Turow alongside the inner workings of the court system. Toss it all together and the end result is this winning novel." ( Washington Post/AP)
“What a thriller. From the opening lines of the audiobook, the story of a string of murders in the shadow of the U.S. Supreme Court is, if you excuse the expression, a killer . . . . Murder, law, flawed but loyal old friends, and entitlement all come into play in this outstanding audiobook.” -- Audiofile