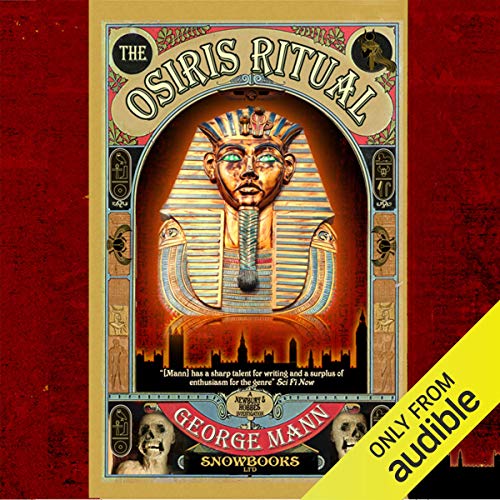 Welcome to the bizarre and dangerous world of Victorian London, a city teetering on the edge of revolution. Its people are ushering in a new era of technology, dazzled each day by new inventions. Airships soar in the skies over the city, whilst ground trains rumble through the streets and clockwork automatons are programmed to carry out menial tasks in the offices of lawyers, policemen and journalists. But beneath this shiny veneer of progress lurks a sinister side.

For this is also a world where lycanthropy is a rampant disease that plagues the dirty whorehouses of Whitechapel, where poltergeist infestations create havoc in old country seats, where cadavers can rise from the dead and where nobody ever goes near the Natural History Museum.

Sir Maurice Newbury, Gentleman Investigator for the Crown, imagines life can be a little quieter from now on after his dual success in solving The Affinity Bridge affair. But he hasn't banked on his villainous predecessor, Knox, hell bent on achieving immortality, not to mention a secret agent who isn't quite as he seems...

So continues an adventure quite unlike any other, a thrilling steam-punk mystery and the second in the series of "Newbury & Hobbes" investigations.