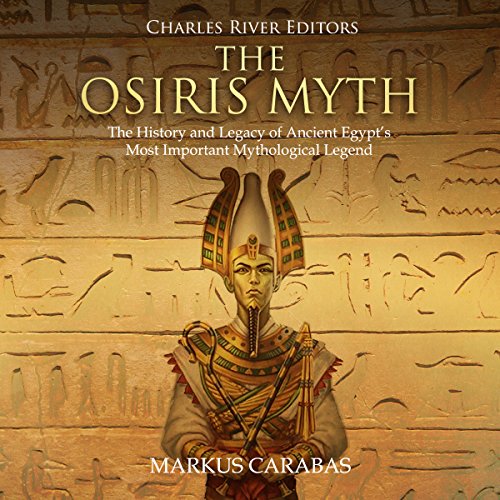 From the Library and Lighthouse of Alexandria to the Great Pyramid at Giza, the Ancient Egyptians produced several wonders of the world, revolutionized architecture and construction, created some of the world’s first systems of mathematics and medicine, and established language and art that spread across the known world. With world-famous leaders like King Tut and Cleopatra, it’s no wonder that today’s world has so many Egyptologists.

To the ancient Egyptians, as was the case with any society made up of inquiring humans, the world was a confusing and often terrifying place of destruction, death, and unexplained phenomena. In order to make sense of such an existence, they resorted to teleological stories. Giving a phenomenon a story made it less horrifying, and it also helped them make sense of the world around them. Unsurprisingly, then, the ancient Egyptian gods permeated every aspect of existence.

Given the abundance of funerary artifacts that have been found within the sands of Egypt, it sometimes seems as though the Ancient Egyptians were more concerned with the matters of the afterlife than they were with matters of the life they experienced from day to day. This is underscored most prominently by the pyramids, which have captured the world’s imagination for centuries.

Thus, it’s little surprise that Osiris was one of the most important gods in the Egyptian pantheon, and he could well be the most famous of the Egyptian gods today. Aside from the ubiquity of the sun-god Ra in much of modern popular culture, it is Osiris who captivates the minds of modern readers most. His story is both familiar and strangely alien. He is the god of the dead, but he became so by the very fact of his mortality. All the gods of ancient Egypt were capable of dying, but Osiris was also a symbol of resurrection, not unlike Christ in Christian theology. Osiris was betrayed by somebody close to him (in this case, his brother Seth) and was murdered and reborn, but here is where Osiris and Christ part ways. Osiris’s death is brutal, and his resurrection is the product of his wife Isis’ love for him.

The Osiris Myth: The History and Legacy of Ancient Egypt’s Most Important Mythological Legend looks at the story that had such a decisive impact on the Egyptians’ concept of afterlife, kingship, and more. You will learn about the Osiris myth like never before.