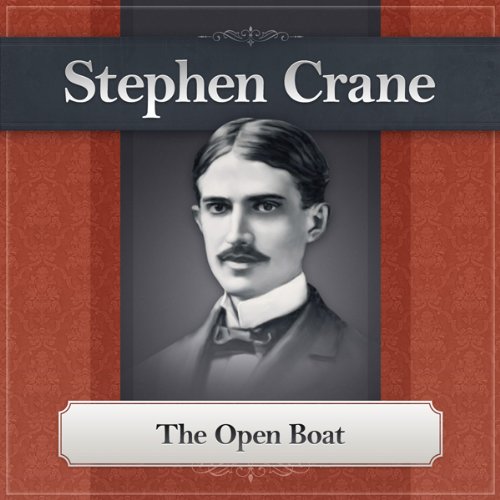 "The Open Boat" is considered Stephen Crane's finest work and one of the great short stories of all time. The story begins with four men in an open boat, subject to the vagaries of the sea after their ship went down. The Captain, though injured, retains control over the boat and its occupants by force of habit and uncanny skills. In this trial, he proves his worth, putting his men first, guiding them at every step of the way. When they finally have to swim for it because they can't land the boat on shore, the Captain subordinates his own interests in being saved to go after another.

Each man is called only by his title, the Correspondent, the Oiler, and the Cook. The oiler rises up to prominence and called by name, the only one that is honored so. He is clearly set up to fail and die as he does (and did in the real life event the story is based on as well).

Nature is indifferent to these men bobbing on the surface of the sea. Yes, the sea threatens, but in no unusual way, and they make it to land ultimately. A shark circles the boat, almost playing with it, but then moves on. This is the home of the sea and the shark, and Crane treats them this way. The interesting part is nature is not in conflict with the men; nature is indifferent to them. The people on shore don't help much, but they help enough to help save three of the four men.

Crane tells his story as a painter would, with the most marvelous descriptions of color, the scene, and the internal movements. The story comes through better in the listening than the writing for these reasons - you can sit back and listen to the word pictures Crane paints.

Many later authors used this story for their own learning and purposes. Perhaps the most interesting is fellow poet James Dickey, who also wrote about an event over water with four men, with three surviving. In both cases, the others declare the best of them died. A landmark American story.