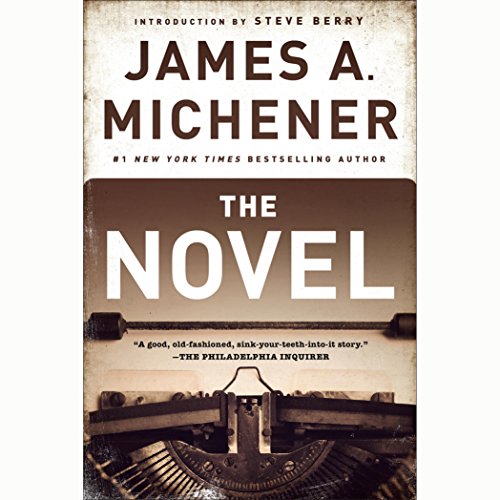 In this riveting, ambitious novel from James A. Michener, the renowned chronicler of epic history turns his extraordinary imagination to a world he knew better than anyone: the world of books.

Lukas Yoder, a novelist who has enjoyed a long, successful career, has finished what he believes to be his final work. Then a tragedy strikes in his community, and he becomes obsessed with writing about it.

Meanwhile, Yoder's editor fights to preserve her integrity - and her author - as her firm becomes the target of a corporate takeover; a local critic who teaches literature struggles with his ambitions and with his feelings about Yoder's success; and a devoted reader holds the key to solving the mystery that haunts Yoder's hometown.

"Michener explores some of the deepest issues raised by narrative literature." ( The New York Times)
"A good, old-fashioned, sink-your-teeth-into-it story.... The Novel lets us see an unfamiliar side of the author, at the same time portraying the...complex relationship among editors, agents and writers." ( The Philadelphia Inquirer)
"Michener loves literature, and his information about some of his favorite reading is almost as alluring as his explanation of how to handle a manuscript." ( Associated Press)