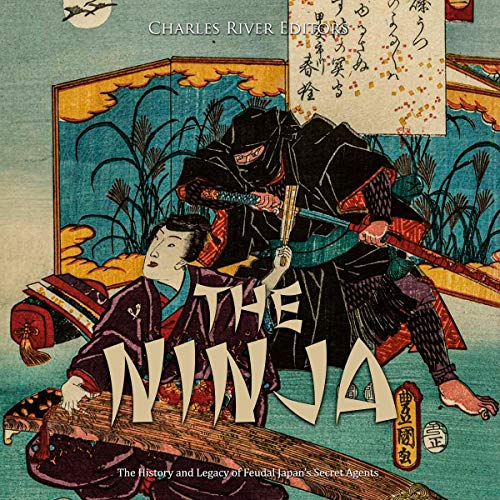 “They traveled in disguise to other territories to judge the situation of the enemy, they would inveigle their way into the midst of the enemy to discover gaps and enter enemy castles to set them on fire and carried out assassinations, arriving in secret.” (Hanawa Hokinoichi)

To most people in the West, particularly the youth, the mere mention of Japan immediately evokes various images. A delectable rainbow of sushi, hand-rolled temaki, and platters of crispy, golden-brown tempura. An idyllic, crystal-clear lake flanked by trees covered with delicate, cotton-candy-pink sakura blossoms. A montage of unique, hand-drawn cartoons that are a masterful mix of delightfully exaggerated proportions, features, and colors, and elements of arresting realism, collectively known as “anime”.

Then, of course, there's the ninja, a willowy, graceful figure decked out in black from head to toe, his glinting eyes peering out from the window of his balaclava. He flits from rooftop to rooftop in stunning somersaults and slinks into the shadows, watching his unsuspecting marks from afar and calculating their every move. Then, as quickly as he came, he strikes, hurling and throwing stars, twirling his nunchucks, and hacking away with his trusty sword, exterminating his targets with dizzying, lightning-quick speed and superhuman precision. At least, this is how those unfamiliar with the ancient art of ninjutsu - or shinobi-jutsu - see them.

Ninjas are, without a doubt, one of the most timeless and far-reaching cultural staples ever to emerge from Japan. They have become a global phenomenon, and there are countless depictions of ninjas in comic books, films, TV shows, video games, toys, and other forms of popular culture around the world, not to mention their continued relevance as a “conventional” go-to Halloween costume.

Kids across the world are intimately familiar with Teenage Mutant Ninja Turtles, Snake Eyes from the G.I. Joe franchise, Scorpion from Mortal Kombat, and Black Noir from The Boys. Ninjas have also been featured in a slew of other international movies and TV shows, among them the 1986 Filipino film The Legend of Ninja-Kol, the 2010 Norwegian film Norwegian Ninja, the 1982 Turkish film Holy Sword, and the 2002 New Zealand film Tongan Ninja.

The Ninja: The History and Legacy of Feudal Japan’s Secret Agents looks at who the ninjas were, how they fought, and the events in which they played a leading part.