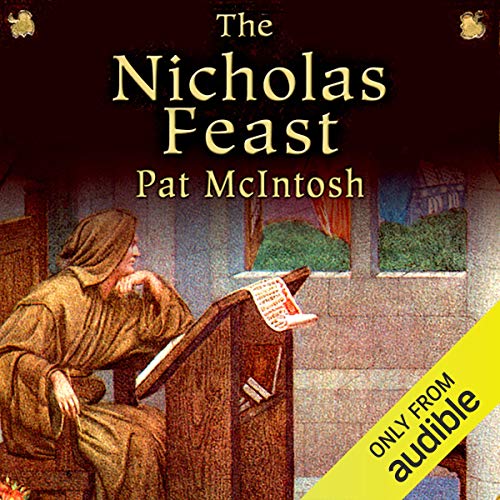 Glasgow, 1492: Gil Cunningham remarked later that if he had known he would find a corpse in the university coalhouse, he would never have gone to the Arts Faculty feast. In this mysterious adventure Gil Cunningham returns to his old university for the Nicholas Feast, where he and his colleagues are entertained by a play presented by some of the students. One of the actors, William Irvine, is later found murdered and Gil, assisted by Alys, begins to disentangle a complex web of espionage and blackmail involving William's tutors and fellow students. Matters are further complicated by the arrival of Gil's formidable mother who is determined to inspect his betrothed. Little do Alys and Gil realise that it will be she who provides the final, vital key to unmask the murderer and lay his motives clear.