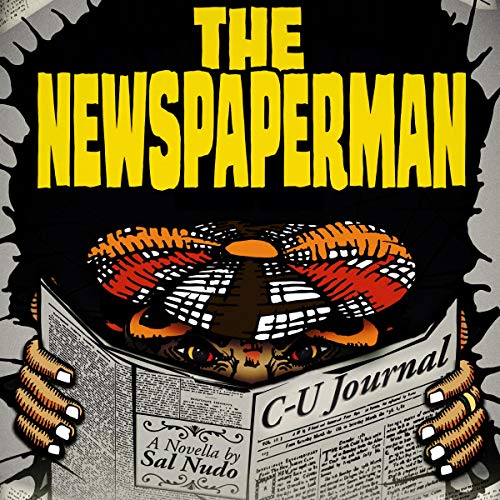 Seth Kesler is thrilled to discover that the defunct C-U Journal is making a comeback. He loves newspapers and believes it is his - and society’s - civic duty to read them. But something is deeply off about the new publication in Champaign-Urbana, starting with the oily paper-hawker he dubs the Newspaperman, who hand-sells the C-U Journal for a mere dime on a downtown street corner. Seth’s delight soon turns to dismay when he sees the bizarre stories printed as fact and mysterious goings-on at the once-esteemed paper’s main office. He makes it his goal to put a stop to the whole shady operation, even though it means battling news titan Richard W. Fields, a multimillionaire who represents the worst of an exploitative corporate world.

The Newspaperman is a smart horror/mystery that will keep listeners intrigued right up until the gut-punch ending.