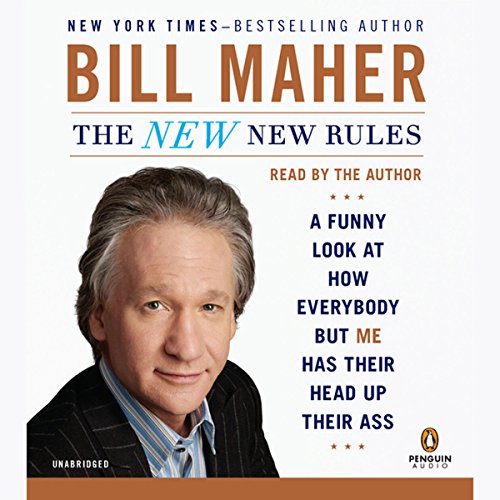 From best-selling author and host of HBO's Real Time, Bill Maher's new book of political riffs serves up a savagely funny set of rules for preserving sanity in an insane world.

A follow-up to the New York Times best-selling The New Rules, The New New Rules delivers a series of hilarious, intelligent rants on everything from same-sex marriage to health care, from Republican agendas to celebrity meltdowns, with all the razor-sharp insight that has made Bill Maher one of the most influential comedic voices shaping the political debate today. With another presidential campaign on the horizon and a stellar set of real-life characters to have fun with - "New Rule: If Charlie Sheen's home life means he can't have a TV show, then I say Newt Gingrich can't be president" - this enlightening and important book may be the best thing you pretend to read all year.

"Of all the comic commentators, Maher is the gutsiest, boldest, and least inhibited." ( The Washington Post)