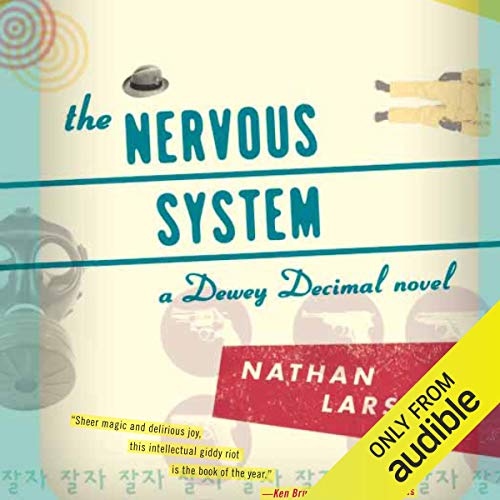 This detective story set in a dystopian New York stars “a seriously weird dude... A good time for fans of the likes of Charlie Huston and Charles Stross” (Kirkus Reviews).

Nicknamed Dewey Decimal for his obsessive attempts to bring order to the New York Public Library in the wake of disastrous events in the city, the hero of this series earns his keep as a bagman and enforcer for unscrupulous politicians and underworld figures. Now, he’s stumbled upon information concerning the gruesome murder of a prostitute that involves a prominent US senator - and finds himself chasing ghosts and fighting for his life, pursued by private military contractors and the ever-present specter of his own past....

“Larson’s vividly imagined world and his quirky narrator are likely to win him a cadre of loyal fans.” (Publishers Weekly)

“This intellectual giddy riot is the book of the year... The mystery is taken to a whole new level of technospeak artistry, and wonderfully witty, like John Kennedy Toole if he’d written a mystery novel and did meth - a lot of it. The warmth of the character seeps through in Dewey Decimal’s love for a devastated New York... The most original PI since Marlowe. OCD never seemed so compelling. Loved it - and then some. What a writer.” (Ken Bruen, author of Headstone)

“I’m a sucker for a postapocalyptic setting, and Nathan Larson’s is a doozy; but the real gold here is the voice. I could listen to this guy all day.” (S. J. Rozan, Edgar Award-winning author of the Bill Smith/Lydia Chin series)