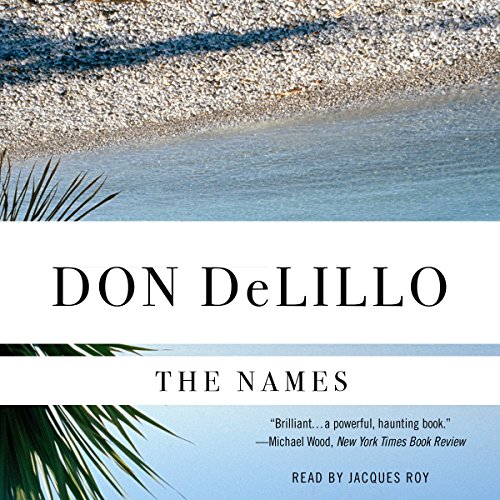 Set against the backdrop of a lush and exotic Greece, The Names is considered the book that began to drive "sharply upward the size of his readership" (Los Angeles Times Book Review). Among the cast of DeLillo's bizarre yet fully realized characters in The Names are Kathryn, the narrator's estranged wife; their son, the six-year-old novelist; Owen, the scientist; and the neurotic narrator obsessed with his own neuroses. A thriller, a mystery, and still a moving examination of family, loss, and the amorphous and magical potential of language itself, The Names stands with any of DeLillo's more recent and highly acclaimed works.

" The Names not only accurately reflects a portion of our contemporary world but, more importantly, creates an original world of its own." ( Chicago Sun-Times)
"DeLillo sifts experience through simultaneous grids of science and poetry, analysis and clear sight, to make a high-wire prose that is voluptuously stark." ( Village Voice Literary Supplement)
"DeLillo verbally examines every state of consciousness from eroticism to tourism, from the idea of America as conceived by the rest of the world to the idea of the rest of the world as conceived by America, from mysticism to fanaticism." ( New York Times)