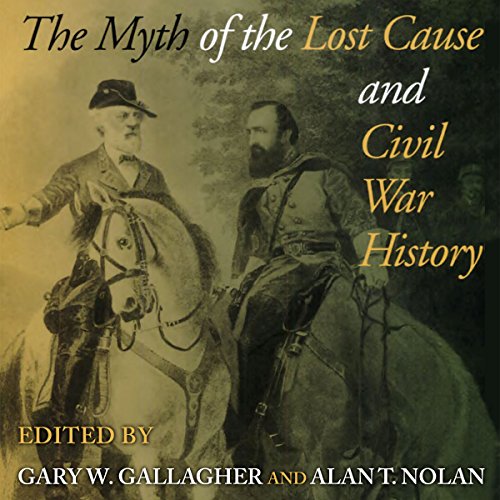 The Myth of the Lost Cause and Civil War History

Was the Confederacy doomed from the start in its struggle against the superior might of the Union? Did its forces fight heroically against all odds for the cause of states’ rights? In reality, these suggestions are an elaborate and intentional effort on the part of Southerners to rationalize the secession and the war itself. Unfortunately, skillful propagandists have been so successful in promoting this romanticized view that the Lost Cause has assumed a life of its own. Misrepresenting the war’s true origins and its actual course, the myth of the Lost Cause distorts our national memory.

In The Myth of the Lost Cause and Civil War History, nine historians describe and analyze the Lost Cause, identifying ways in which it falsifies history - creating a volume that makes a significant contribution to Civil War historiography.

The book is published by Indiana University Press.

"These essays are well reasoned and timely...will be a valuable addition to Civil War collections." (Booklist)

"The Lost Cause...is a tangible and influential phenomenon in American culture and this book provides an excellent source for anyone seeking to explore its various dimensions." (Southern Historian)