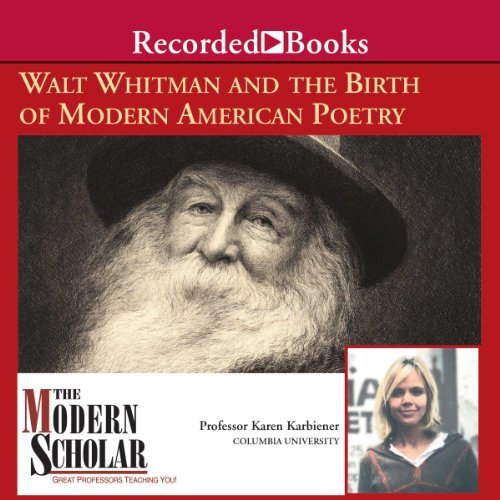 In this course we'll explore how Walt Whitman broke with the tyranny of European literary forms to establish a broad, new voice for American poetry. By throwing aside the stolid conventions and clichéd meters of old Europe, Walt Whitman produced a vital, compelling form of verse, one expressive of the nature of his new world and its undiscovered countries, both physical and spiritual, intimate and gloriously public.

Passionate democracy is what Whitman called his invention, and like the inventions of Edison, it would transform not only the practices of its field but also the larger dimensions of American life. Whitman named what it was to be American, he catalogued and indexed and sang and scribed it, and his influence on his contemporaries and his descendants transcends the boundaries of poetry and becomes, in many ways, the story of young America.