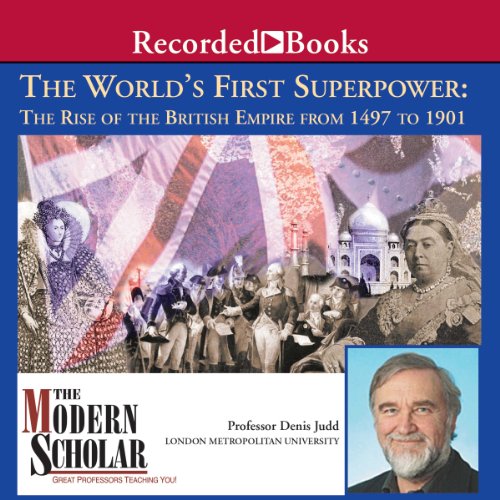 This course will examine the growth and development of the largest empire in world history - the British Empire - beginning with the late 15th century Tudor dynasty in England and ending with the death of the Queen-Empress Victoria in 1901.

By the beginning of the 20th century, there were very few countries or people who had not been affected, one way or another, by the impact of the British. The Empire itself by then covered over a quarter of the world's land surface, the Royal Navy dominated the oceans, and one in every four human beings lived under British rule.

Yet despite all of this global power and the emergence of Britain by the beginning of the nineteenth century as the world's first true superpower, the British Empire had very humble, small-scale origins.

In the course, we shall proceed chronologically, but also look more closely at particular themes and countries. The course will not provide a fully comprehensive survey, an enormous task anyway; rather, we shall seek to uncover and understand the essential historical truths about this mightiest of empires.