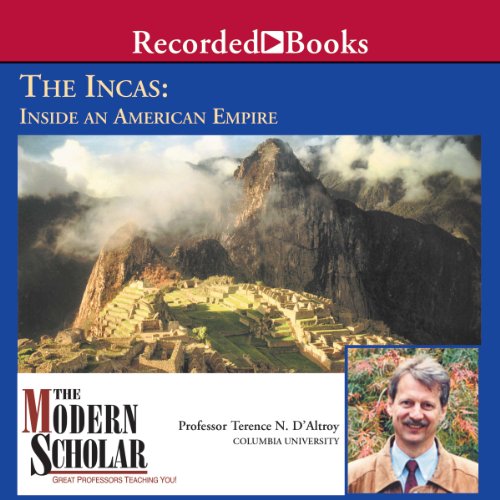 In the land of Tawantinsuyu (The Four Parts Together) the Incas reigned in the late 15th century over the greatest empire ever seen in the independent Americas. Their territory included parts of the present-day countries of Peru, Ecuador, Bolivia, Chile, and Argentina. Yet we know little of these people, especially from firsthand written accounts.

This course introduces the Incas, a small ethnic group from the southern Peruvian highlands, who forged a civilization rich in material and culture and expanded their domain to control large expanses of territory in a short period of time through diplomacy, enculturation, and military force.

A Powerful Story and a Potent Legacy

The story of the Incas is a powerful one, and their legacy remains a potent influence in the Andes of South America. In this insightful lecture series, Columbia University professor Terence D'Altroy focuses on Inca life at the height of the empire, the society's origins, its military, religion, ruling structure, and finally, the Inca legacy today.