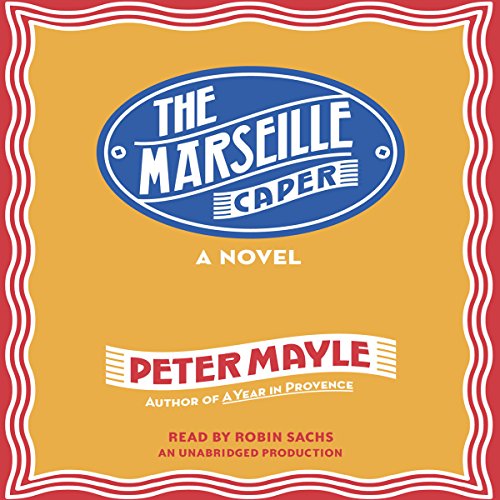 Lovable rogue and sleuth extraordinaire Sam Levitt is back in another beguiling, as-only-Peter-Mayle-can-write-it romp through the South of France.

At the end of The Vintage Caper, Sam had just carried off a staggering feat of derring-do in the heart of Bordeaux, infiltrating the ranks of the French elite to rescue a stolen, priceless wine collection. With the questionable legality of the adventure - and the threat of some very powerful enemies! - Sam thought it’d be a while before he returned to France, especially with the charms of the beautiful Elena Morales to keep him in Los Angeles.

But when the immensely wealthy Francis Reboul - the victim of Sam’s last heist but someone who knows talent when he sees it - asks our hero to take a job in Marseille, it’s impossible for Sam and Elena to resist the possibility of further excitement... to say nothing of the pleasures of the region. Soon the two are enjoying the coastal sunshine and the delectable food and wine for which Marseille is known. Yet as a competition over Marseille’s valuable waterfront grows more hotly disputed, Sam, representing Reboul, finds himself in the middle of an increasingly intrigue-ridden and dangerous real-estate grab, with thuggish gangsters on one side and sharklike developers on the other.

Will Sam survive this caper unscathed? Will he live to enjoy another bowl of bouillabaisse? All will be revealed - with luck, savvy, and a lot of help from Sam’s friends - in the novel’s wonderfully satisfying climax.