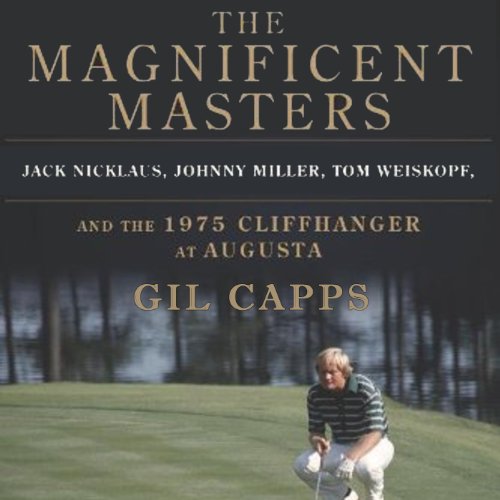 The 1975 Masters Tournament always seemed destined for the record books. A veritable Hall of Fame list of competitors had gathered that spring in Augusta, Georgia, for the game's most famous event, including Arnold Palmer, Tom Watson, Gary Player, Lee Trevino, Hale Irwin, Billy Casper, and Sam Snead. The lead-up had been dominated by Lee Elder, the first black golfer ever invited to the exclusive club's tourney. But by the weekend, the tournament turned into a showdown between the three heavyweights of the time: Jack Nicklaus, Johnny Miller, and Tom Weiskopf. Never before had golf's top three players of the moment summoned the best golf of their lives in the same major championship. Their back-and-forth battle would rivet the sporting world and dramatically culminate in one of the greatest finishes in golf history.

In The Magnificent Masters, Gil Capps, a 22-year veteran of the golf industry with NBC Sports and Golf Channel, recaptures hole-by-hole the thrilling drama of this singular event during golf’s golden era, from the media-crazed build-up and intertwined careers of the three combatants to the tournament's final dramatic putts that would change the game of golf forever.