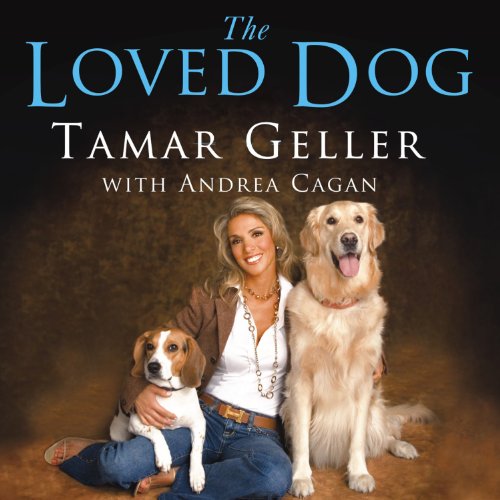 More than 15 years ago, Tamar Geller began her career as a dog trainer by observing a scientific study of wolves in the wild. She realized that the socialization and parenting techniques they used to raise their cubs were rooted in bonding, communication, and play: not in aggression, dominance, or punishment. If people used these techniques when training their dogs, she realized, there would be no need for prong collars, choke chains, or any kind of physical or verbal aggression. She realized we can make it "fun" for our dogs to listen to us and behave as we want them to.

Tamar went on to train the dogs of many celebrities, including Oprah Winfrey, Ben Affleck, Courteney Cox- Arquette, Nicollette Sheridan, Owen Wilson, the Osbournes, and others. Her nonaggressive methods are so revolutionary that the Humane Society of the United States approached her to be a consultant, and she now teaches animal behavior at Pepperdine University.

In The Loved Dog, Tamar shows anyone how to childproof a dog, teach him vocabulary, use treats the right way, play "tug of war" to build trust, make it fun for him to come when called, teach him not to jump on people, and much more, using only playful bonding and positive reinforcement.

" The Loved Dog method is nothing short of a revolution. Tamar Geller shows us a pathway beyond punishment, and reminds us that understanding and respect are the key words in dog training in the 21st century. Now these common-sense and humane principles are set out clearly in a single, accessible volume." (Wayne Pacelle, president and CEO, The Humane Society of the United States)