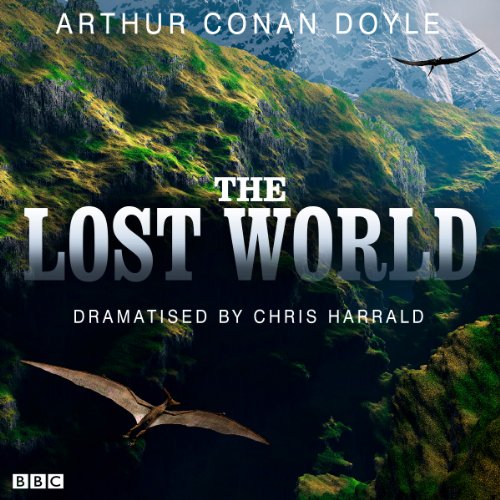 Episode 1: "A Bridge to the Unknown", by Arthur Conan Doyle, dramatised by Chris Harrald: The hot-headed Professor Challenger claims that extinct species of animals are still to be found living on an isolated Amazonian plateau. Dr Summerlee, Lord John Roxton, and the intrepid reporter Edward Malone, find themselves committed to a journey of a lifetime.

Episode 2: "Our Eyes Have Seen Great Wonders", by Arthur Conan Doyle, dramatised by Chris Harrald: Professor Challenger and his team are marooned on the isolated Amazonian plateau, at the mercy of dinosaurs and a murderous tribe of hominids. Will they survive to satisfy their scientific curiosity? Will they be able to escape and bring home news of their discoveries?

With David Robb and full cast. Directed by Marilyn Imrie. Dramatist Chris Harrald is a writer for radio, film, and television. He won the 2009 Sony Gold award for radio drama for his play Mr Larkin's Awkward Day.