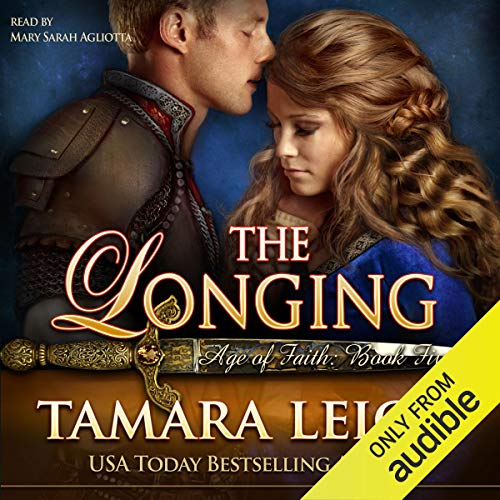 , the lives of the formidable Wulfrith family unfold during Duke Henry's battle for the English throne and his succession. The fifth book in the series,

, belongs to the last Wulfrith brother, the enigmatic Sir Everard, and the much maligned Lady Susanna de Balliol.

The one he can never forgive

For years, Lady Susanna de Balliol has borne the blame for betrayal - well-earned, though not as believed by the man she can never forget. Now her nephew must prove his legitimacy or lose his claim to his father's lands. When Susanna is forced to flee with the boy following an attempt on his life, will the one man who knows the truth of her nephew's birth grant them sanctuary within his walls? More, will he aid the woman whom he believes cost him the love of his life?

The one she can never forget

Eleven years - a long time to have loved and lost. Certain he will not love again, Everard Wulfrith has committed his life to the command of Wulfen Castle. But when the girl whose betrayal he can never forgive appears to him as a grown woman and demands he atone for his sins, can he lay bare his past to aid her nephew? And what of his unexpected feelings for the scandalous Susanna de Balliol whose indiscretions may very well put his own to shame?