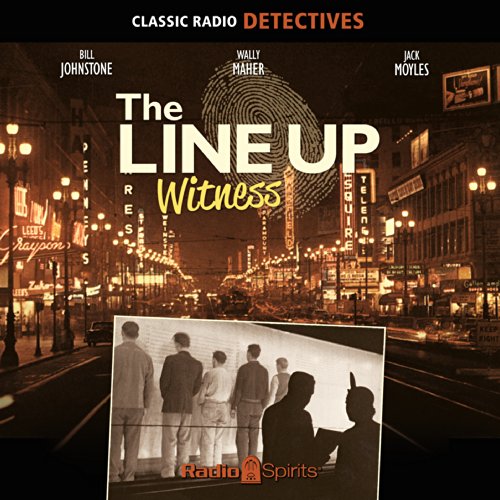 "Do not pay too much attention to their answers, as they often lie." Lieutenant Ben Guthrie and Sergeant Matt Greb introduce lineups full of characters both heinous and hilarious. Go with them as they go after the most menacing of criminals in 16 gritty episodes from the 1950s, now in digitally restored sound.

Radio greats Bill Johnstone, Wally Maher, and Jack Moyles are on the beat on the streets of a great American city. And things get tough when the witnesses are unreliable, unsure, unwilling - or dead. Includes performances by Howard McNear, Virginia Gregg, Parley Baer, Peggy Webber, Sheldon Leonard, and more.