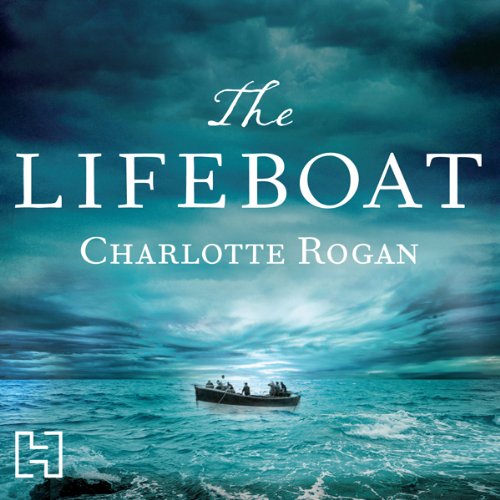 "I was to stand trial for my life. I was twenty-two years old. I had been married for ten weeks and a widow for six."

In the summer of 1914, the Empress Alexandra, a magnificent ocean liner, suffers a mysterious explosion on its voyage from London to New York City. On board are Henry Winter, a rich banker, and his young new wife, Grace. Somehow, Henry manages to secure a place in a lifeboat for Grace. But the survivors quickly realize it is over capacity and could sink at any moment. For any to live, some must die.

As the castaways battle the elements, and one another, Grace watches and waits. She is a woman who has learned the value of patience - her journey to a life of glittering privilege has been far from straightforward. Now, she knows, it is in jeopardy, and her very survival is at stake.

Over the course of three perilous weeks, the passengers on the lifeboat plot, scheme, gossip, and console one another while sitting inches apart. Their deepest beliefs about goodness, humanity, and God are tested to the limit as they begin to discover what they will do in order to survive. The Lifeboat is a page-turning story of moral dilemmas, and also the moving and haunting story of Grace, a woman as unforgettable and complicated as the story she recounts.

"Charlotte Rogan uses a deceptively simple narrative of shipwreck and survival to explore our all-too-human capacity for self-deception." (J. M. Coetzee, twice winner of the Man Booker Prize, Nobel Laureate)
" The Lifeboat traps the reader in a story that is exciting at the literal level and brutally moving at the existential: I read it in one go." (Emma Donoghue, author of Room)
"What a splendid book. . . . I can't imagine any reader who looks at the opening pages wanting to put the book down. . . . It's so refreshing to read a book that is ambitious and yet not tricksy, where the author seems to be in command of her material and really on top of her game. It's beautifully controlled and totally believable." (Hilary Mantel, author of Wolf Hall)
“Charlotte Rogan’s writing is exquisite and full to bursting with suspense and tension. I still can’t believe this is Rogan’s debut, she has written a novel that many long established writers will be a little envious of.” ( The Bookseller)