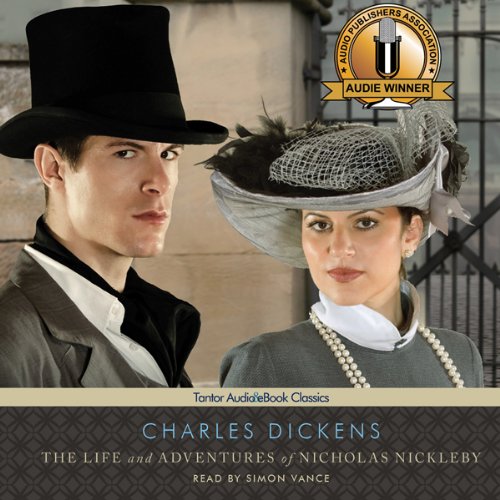 The Life and Adventures of Nicholas Nickleby

The Life and Adventures of Nicholas Nickleby

The Life and Adventures of Nicholas Nickleby is closely modelled on the 18h-century novels that Charles Dickens loved as a child, such as Robinson Crusoe, in which the fortunes of a hero shape the plot. The likeable young Nicholas, left penniless on the death of his father, sets off in search of better prospects. His meandering route to happiness includes work as a teacher at Dotheboys Hall, where the brutal Wackford Squeers ill-treats his impoverished pupils, and a spell as an actor with the absurdly melodramatic Crummles troupe. Nicholas's many adventures give Dickens the freedom to follow the eccentricities of a vivid gallery of characters, exploring themes of class, love, and self-awareness with exuberant comedy and biting satire.