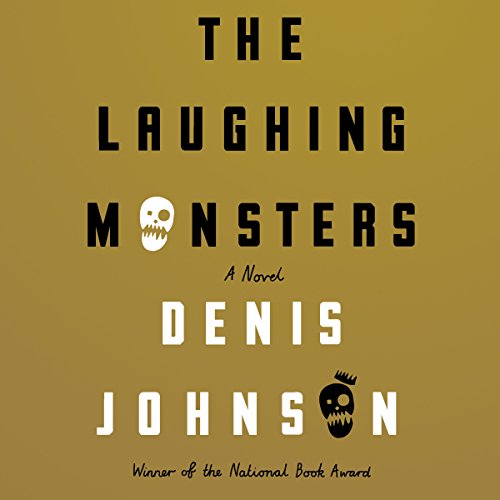 A post-9/11 literary spy thriller from the National Book Award-winning author of Tree of Smoke.

Roland Nair calls himself Scandinavian, but travels on a U.S. passport. After 10 years' absence, he returns to Freetown, the capital of Sierra Leone, to reunite with his friend Michael Adriko. They once made a lot of money here during the country's civil war, and, curious to see whether good luck will strike twice in the same place, Nair allows himself to be drawn back to a region he considers hopeless.

Adriko is an African who styles himself a soldier of fortune and who claims to have served, at various times, the Ghanaian army, the Kuwaiti Emiri Guard, and the American Green Berets. He's probably broke now, but he remains, at 36, as stirred by his own doubtful schemes as he was a decade ago.

Although Nair believes some kind of money-making plan lies at the back of it all, Adriko's stated reason for inviting his friend to Freetown is for Nair to meet Adriko's fiancée, a grad student girl named Davidia from Colorado. Together the three set out to visit Adriko's clan in the Uganda-Congo borderland - but each of these travelers is keeping secrets from the others.

Shadowed by Interpol, the Mossad, and MI6, Nair gets mired in lust and betrayal in a landscape of frighteningly casual violence as he travels with Adriko and Davidia, gets smuggled into a war zone, gets kidnapped by the Congo Army, and is terrorized by a self-proclaimed god ruling over a dying village. Their journey through a land abandoned by the future leads Adriko, Nair, and Davidia to meet themselves not in a new light, but rather in a new darkness.

A high-suspense tale of kaleidoscoping loyalties in the post-9/11 world, Denis Johnson's The Laughing Monsters shows one of our great novelists at the top of his game.