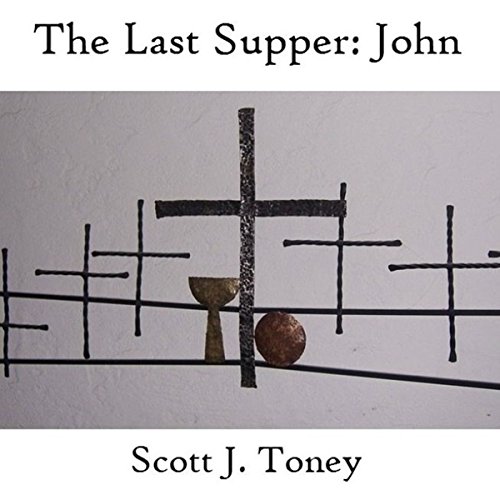 This is the story of the Last Supper told through the mind of the apostle John.

John sat on the floor at a low stone table while the other apostles spoke. Candles danced light around them.

"Did you hear what Jesus spoke in the streets?" Bartholomew asked in low tones to Thomas across the table. "He said, 'The hour has come for the son of man to be glorified. Very truly I tell you, unless a grain of wheat falls into the earth and dies, it remains just a single grain, but if it dies, it bears much fruit.' What do these words mean? He speaks in riddles. If he is to be glorified will he now take his place as ruler over the land of Jerusalem? What role would we play then?"

Thomas took a hand and placed it on the table, turning to his fellow apostle. "I do not think he means to rule, but I am afraid I also do not understand. He spoke of death, and yet he then told the masses, 'Whoever serves me must follow me, and where I am, there will my servant be also. Whoever serves me, the father will honor.' I do not think he would speak of serving and following if he or we were to die now. But then he has said before, 'The son of man is going to be betrayed into human hands, and they will kill him, and on the third day he will be raised.'"

"I would die for him if he asked," Simon Peter spoke from nearby John.

It had been like this for days, ever since their arrival to Jerusalem during the festival while Jesus rode the donkey over branches of palm. Jesus spoke words they did not fully understand, words that brought fear to the apostles. John looked around the table at his 11 brothers. Their faces were apprehensive, some masking it with jovial talk and others asking questions about what was to come.

All seemed to feel this coming meal with Jesus was important and pivotal in some unknown way. Tension held between them at all times.