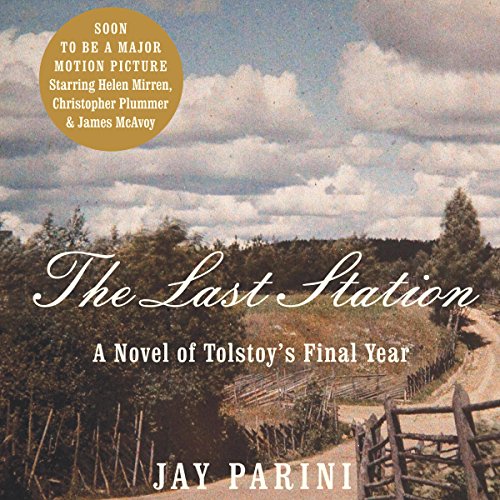 Set in the last tumultuous years of Leo Tolstoy's life, The Last Station centers on the battle for his soul waged by his wife, Sofya Andreyevna, and his leading disciple, Vladimir Cherkov.

Torn between his professed doctrine of poverty and chastity and the reality of his enormous wealth, his 13 children, and a life of relative luxury, Tolstoy makes a dramatic flight from his home. Too ill to continue beyond the tiny rail station at Astapovo, he believes that he is dying alone, while over one hundred newspapermen camp outside awaiting hourly reports on his condition. A brilliant re-creation of the mind and tortured soul of one of the world's greatest writers, The Last Station is a richly inventive novel that dances between fact and fiction.

From the Trade Paperback edition.

"Utterly satisfying. . . . A loving and thoughtful rendering of the complex character of Leo Tolstoy." (Washington Post Book World)
"One of those rare works of fiction that manage to demonstrate both scrupulous historical research and true originality of voice and perception." (The New York Times Book Review)