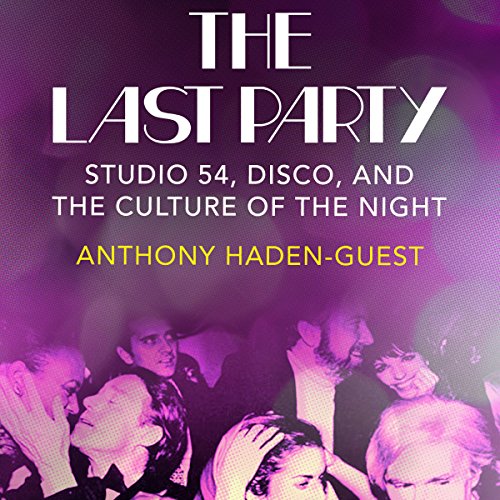 A riveting memoir of disco-era nightlife and the outrageous goings-on behind the doors of New York City's most famous and exclusive nightclub.

In the disco days and nights of New York City in the 1970s and 1980s, the place to be was Studio 54. Andy Warhol, Liza Minnelli, and Bianca Jagger were among the nightly assortment of A-list celebrity regulars consorting with New York's young, wild, and beautiful. Studio 54 was a place where almost nothing was taboo, from nonstop dancing and drinking beneath the coke-dusted neon moon to drugs and sex in the infamous unisex restrooms to the outrageous money-skimming activities taking place in the office of the studio's flamboyant co-owner, Steve Rubell.

Author Anthony Haden-Guest was there on opening night in 1977 and over the next decade spent many late nights and early mornings basking in the strobe-lit wonder. But The Last Party is much more than a fascinating account of the scandals, celebrities, crimes, and extreme excesses encouraged within the notorious Manhattan nightspot. Haden-Guest brings an entire era of big-city glitz and unapologetic hedonism to breathtaking life, recalling a vibrant New York night world at once exhilarating and dangerous before the terrible, sobering dawn of the age of AIDS.