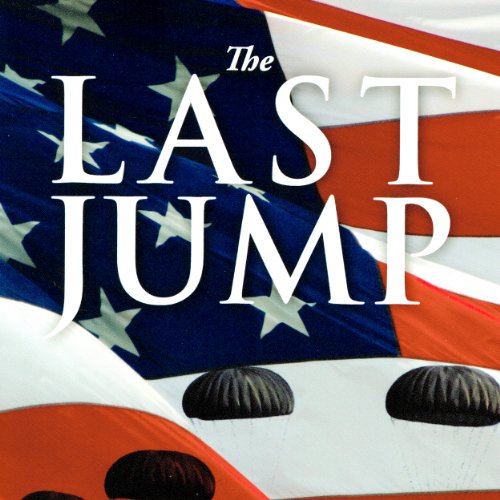 The Last Jump is a war story, a mystery, a love tale, and a tribute to the people who won World War II. Fact and fiction intermix seamlessly to unravel a secret passionately guarded by four aging soldiers. The reader is transported back in time to an imperfect America, with all is incredible virtues and vexing shortcomings struggling with racial and gender issues while fighting for its very survival. It was time when Americans stood shoulder to shoulder to free the world from tyranny. It celebrates the spirit and courage of ordinary citizens pitted against the militaristic regimes of Nazi Germany and Imperial Japan. It was a time when the sons of presidents and senators served, fought, suffered and died alongside average Americans and famous celebrities.

J.P. Kilroy, a middle-aged divorced journalist, regrets ignoring his mother's deathbed request. Even her last letter, which told of the existence of a mysterious family secret, did not motivate him to reconcile with the father who left them 30 years ago. When he receives an invitation from the White House to attend a Medal of Honor awards ceremony for African-Americans, he also discovers his estranged father recently passed away. Was the secret now lost forever?

Kilroy also discovers that four aging veterans, the only links to the past, not only know the secret but swore an oath never to reveal it. They are the free-spirited Sky Johnson, a rough and tumble paratrooper, Frank West, the studious company commander, Harley Tidrick, Omaha Beach veteran and cousin of his father's best wartime buddy, and Lincoln Abraham, the only living black honoree at the ceremony.

With the aid of Cynthia Powers, an alluring Army press liaison, Kilroy accepts the challenge to cajole the veterans into revealing the mystery. Their conversations take him back in time to a country in grave danger but a country as united as never before or since. But the old warriors stubbornly resist until the last one passes on and Kilroy's hopes are dashed. But one reaches from beyond the grave to identify the only other person who has the answer and Kilroy races death to reach her. And a shocking conclusion awaits him, if only he can get there in time!