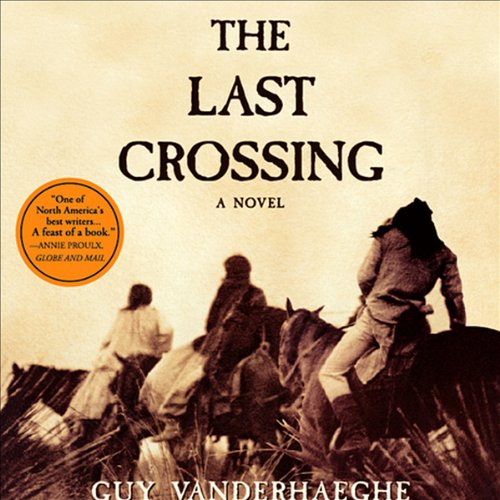 Master storyteller Guy Vanderhaeghe, hailed by Richard Ford as "simply a wonderful writer," takes us on an exhilarating journey from the ivy-covered towers of Oxford in Victorian England to the dusty whiskey trading posts of the nineteenth-century American and Canadian West.

Englishmen Charles and Addington Gaunt are ordered by their tyrannical industrialist father to find their brother Simon, who has gone missing in the wilds of the American West. Charles, a disillusioned artist, and Addington, a disgraced military captain, set off to Fort Benton in America and enlist the services of a guide to lead them north, where Simon was last seen. The brothers hire the enigmatic Jerry Potts, half Blackfoot, half Scot, who suffers from his own painful past. At Addington's command, the party grows to include Caleb Ayto, a sycophantic American journalist, who is to record the journey for posterity; Lucy Stoveall, a fiery and beautiful woman who is bent on finding the men who viciously killed her sister; Custis Straw, a Civil War veteran in love with Lucy; and saloon keeper Aloysius Dooley. This unlikely posse, now encumbered with both psychological baggage and wagon trains, becomes entangled in an unfolding drama that forces each to come to terms with his or her own demons.

Told from alternating points of view and in vivid flashbacks, The Last Crossing is a novel of ruggedness and salvation, an epic masterpiece set in a time when worlds collided, were destroyed, and were built new.

"Vanderhaeghe is a prodigiously gifted writer....no reader once embarked on this hugely involving adventure will be able to stop until it is done." (Publishers Weekly)
"A strong and varied cast....a narrative as carefully constructed and laboriously pieced together as a Lego Taj Mahal....[Vanderhaeghe is] a Dickensian sensationalist. His flair for the lurid can be exquisite." (The New York Times Book Review)
"As the various searches for revenge or redemption get under way the writing achieves unforced grace and power." (The New Yorker)
"Sumptuously imagined and fashioned with a master craftsman's attentiveness and finesse....Brilliant work." (Kirkus)